The Porsche 911 is part of the automotive heritage and almost seven decades after its creation, it is still in the portfolio of the manufacturer based in Stuttgart, still with the same attraction.

The Porsche 911, designed under the management of Erwin Komenda, had a fluid and surprisingly modern design for its time, to such an extent that the characteristic silhouette of this model has remained true to its origins until today. Because of its chassis and engine structure, the Porsche 911 could be built in a variety of versions for racing and city driving for a long time.

The 911S was a strong competitor on the race tracks, as was the case during the 1971 Coupe du Salon at Montlhéry, where Sylvain Garant (no. 46) won the Group 4. © IXO Collections SAS - Tous droits réservés. Crédits photo ©  Archives & Collections

Since its debut in 1964, the Porsche 911 offered an interesting compromise that appealed to a demanding and ambitious target group. It was a compromise between a hand-built model, similar to the models that the German brand successfully used in competition, and the remarkable reliability of a mass-produced car. To ensure the continuation of this tradition, Porsche's design office never weakened its efforts and demonstrated incredible ingenuity in making numerous evolutions and improvements to this model with its unusual development potential.

This advertisement from the 1960s illustrates the spirit of the 911: a sporty coupé that can cope with everyday use and still deliver racing performance... © IXO Collections SAS - Tous droits réservés. Crédits photo ©  Porsche

When it was launched at the Frankfurt Motor Show on 12 September 1963, the new Porsche coupé was still named 901. However, the following autumn, the coupé was renamed 911, as the Peugeot brand claimed its right and forced Porsche to change the original name. The French manufacturer had officially registered the exclusive use of three-digit numbers with a central zero for the description of its passenger cars since 1930. For its racing models, on the other hand, Porsche will be able to use this number assignment. The 911 was a direct descendant of its predecessor, the 356, and was based on the same architecture with an air-cooled flat engine installed in the rear overhang. Four talented engineers were responsible for the design of this model: Erwin Komenda, a former employee of Ferdinand Porsche, designed the general structure, Alexander "Butzi" Porsche designed the body, while Helmuth Bott worked on the running gear and Ferdinand Piëch on the mechanical part. Komenda's first design was a larger four-seater, but Ferry Porsche, who supervised the project, came up with the idea of a more classic 2+2 for a sports car.

The Porsche 911 S is a high performance, reliable car with a 2-litre engine that has an original architecture that allows for an increase in displacement throughout the years. © IXO Collections SAS - Tous droits réservés.  Crédits photo ©  Porsche

The bodywork of the first Vintage 1964 can be recognised by the windscreen wipers positioned to the right of the windscreen, the round exterior mirror derived from the 356 and the "banana" bumpers. The latter contain cast iron weights of 11 kg each, responsible for stabilising the low-speed understeer behaviour of the car. These bumpers disappeared with the 911 S 2.0 litre version, introduced at the Paris Motor Show in October 1967. Externally, the 911 S is distinguished by its famous 15-inch Fuchs forged aluminium alloy wheels.

The S version, offering 30 hp more than the basic L model, has a 5.7 cm longer wheelbase, which improves the car's overall balance. The S version is a more powerful development for Porsche customers looking for an even more radical sports car character while at the same time retaining the very practical character that has made the 911 range so successful. This model has a monocoque structure made of pressed steel sheet and welded to the body. The suspension consists of four independent wheels, pseudo-McPherson type.

Fuchs forged aluminium wheels were introduced on the 911S in 1967. Above the left front wing, the hatch for the fuel tank filler is visible. © IXO Collections SAS - Tous droits réservés. Crédits photo ©  Porsche

On the first drafts of the 901/911, it was decided that the engine displacement would not exceed 2,000 cm 3 to keep it close to that of the 356, but at the same time to offer it at an affordable price. Throughout its various evolutions, the flat 6-cylinder engine with an eight-bearing crankshaft proved to be remarkably solid. The block is made of magnesium, the cylinder heads of aluminium and the cylinders are treated with Biral.

As with the engines previously produced by Porsche, the cooling is provided by an air-forced axial turbine. To complete the system, each cylinder is enclosed in its own cylinder head equipped with cooling fins. The architecture of this engine will allow it to support several increases in displacement with ease thanks to a modification of the bore. A 2.2 litre 80 bhp engine was introduced in 1969, followed by a 2.4 litre 190 bhp engine in 1971 and even a 2.7 litre 175 bhp engine in 1974. In addition, from 1969, the 911 S was equipped with Bosch indirect mechanical injection. The gearbox was also to evolve, with the possibility of adopting an optional "Sportomatic" automatic gearbox from 1968.

• Brakes: double hydraulic circuit ventilated discs (23.5 cm in diameter at the front and 24.3 cm at the rear) 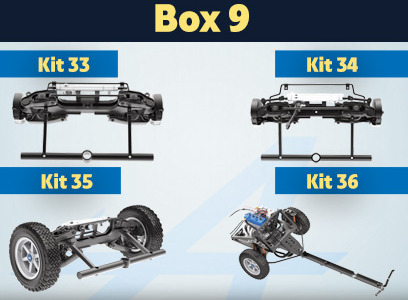 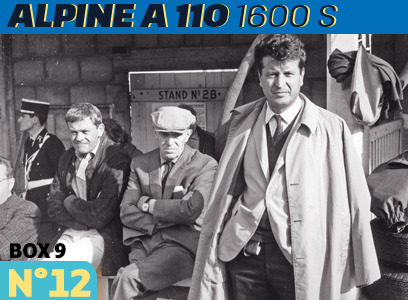 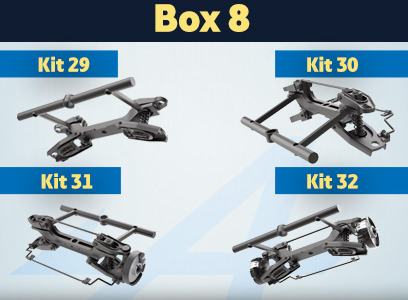