After almost two decades, Porsche launched a completely new model in 1997. Its name, Boxster, refers to both the Boxer architecture of its engine and its Roadster body.

This model, with its new design, was added to a Porsche range that had been narrowed down to the 911 (type 993) for the past two years following the discontinuation of the front engined 928 and 968 models in 1995. The idea of Porsche AG's president, Wendelin Wiedeking, was to broaden the brand's customer base by making a sporty convertible accessible that recalled the legendary 356 Speedster and 550 Spyder roadsters.

This view from the factory catalogue shows the central position of the engine and the two water radiators in the front bumper. © IXO Collections SAS - Tous droits réservés. Crédits photo © Porsche

To connect with the 911, the Zuffenhausen company's legendary icon, the Boxster faced the challenge of introducing a new look while meeting the criteria expected of a Porsche. The challenge was successful, because when the Boxster was presented to the public at the Paris Motor Show in October 1996, it was received as a genuine Porsche product. This model went beyond the latest fashions and trends and had an original style. It represented the best of what was available at the time in terms of technology, safety and driving comfort in the sporty Roadster class.

The soft top, housed under the bonnet behind the two seats, unfolds electrically in 12 seconds with the car at a standstill. © IXO Collections SAS - Tous droits réservés. Crédits photo ©  Porsche

After the 928 and 968 were taken out of production, Porsche had to renew its range in an attempt to get out of the difficult financial situation the company was in at the time. It was also important to introduce a model that would appeal to a wide audience, one that had not been thrilled by the manufacturer's earlier "democratisation" attempt, with the 924 coupé. The first sketches of the Boxster date from a study in the early 1980s, in collaboration with Seat, which became known internally as Project 984, Porsche Junior. The concept was to offer a small, rear engine sports car with a maximum output of 150 hp at a very attractive price.

The 1987 stock market crash put the project on hold for several years and it was not until 1992 that it was relaunched and validated. A first prototype was revealed at the Detroit Motor Show in January 1993 and the final version, called the Porsche Boxster 986, was presented at the Geneva Motor Show the following March, before going into series production three years later. The Boxster was designed by the Dutch stylist Harm Lagaay, who previously worked on the BMW Z1 roadster. For Porsche, he had previously designed the 924 and would subsequently design the 911 from 1997 to 2004, as well as the Cayenne SUV of 2002 and the Carrera GT of 2003. The Boxster was a great commercial success (102,650 units sold -  version 986 from 1996 to 2004) and contributed to Porsche's recovery.

Loyal to the Flat-six

The new Boxster 986 will delight fans of the German carmaker by introducing a flat six-cylinder engine, the renowned flat-six that is Porsche's trademark. But for the first time in the long history of the Stuttgart-based manufacturer, it is water-cooled and features four valves per cylinder. The engine is new and modern in design, with an aluminium alloy block and heads, Lokasil-treated cylinders and lightweight pistons.

It also features cylinder-by-cylinder selective ignition, variable valve distribution (VarioCam type) and Bosch electronic fuel management. The engine is equipped with a 5-speed Audi manual transmission and an optional 5-speed Tiptronic S automatic transmission with steering wheel-mounted push-buttons. With the automatic transmission, the top speed is reduced by around 10 km/h. The monobloc braking system is derived from racing. It was originally developed for the Group C Porsche 956 and for the first time used on a mass-produced sports car.

The chassis and body structure are made of double-sided galvanised steel sheets in three different thicknesses and some of the parts are laser welded. The high rigidity of the structure is ensured by the various body elements in the form of boxes, auxiliary support at the rear, a safety arch behind the two seats and a second one integrated in the windscreen frame.

For the first time in the history of the Porsche brand, a name was selected for a model instead of the traditional numbers. © IXO Collections SAS - Tous droits réservés. Crédits photo ©  Porsche

The spirit of the Boxster

The first sales brochure that Dr. Ing. H.c. F. Porsche AG published for the Porsche Boxster in August 1996 ends with a text in which the designers describe their philosophy of the new model: "It is often said that man's basic needs have long been met and that the problem lies in the superfluous, in overconsumption. At Porsche we allow ourselves to have our very own view on the matter. Our basic needs are fundamentally pure and genuine. They cannot be satisfied by substitute products. A Porsche driver wants this, nothing more and nothing less.../... The Boxster was designed with this in mind. It fulfils simple and genuine needs. Because it is a Porsche! 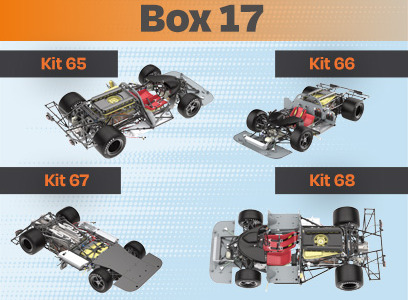 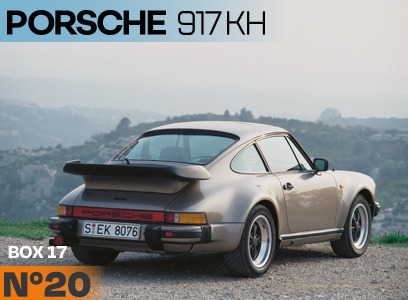 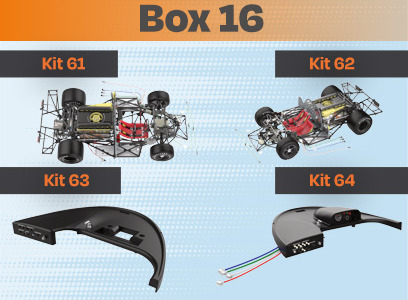 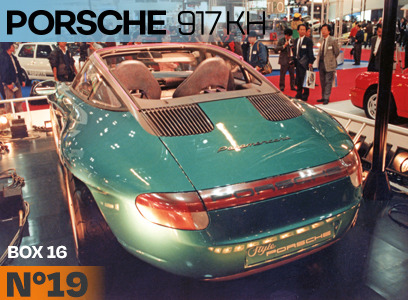